Menu
Get In Touch

Here is the first dumbest.

On one hand, they kind of have the right to – after all it’s a new industry and someone’s gotta start naming things.

On the other hand, you end up with a bunch of ?.

So, let’s hold our noses and dive in.

What is Black Hat SEO?

Black Hat SEO is colloquially to refer to as shady, sketchy, or risky SEO practices – that you probably “should avoid”.

It has a bad rap because “Black Hat SEO” practices are typically less sustainable and more short lived. Google algorithm loopholes that are exploited ultra aggressively for short term gains, with little regard for long term sustainability.

Once the exploit is found, Google releases an update to fix it. And then usually goes out of its way to extra-penalize the people involved.

Personally, I don’t like labels. So I’m not a big fan of calling something “black” vs. “white” hat. Furthermore, the term “Black Hat SEO” is almost always used incorrectly in SEO anyways. So…double dumb.

Why is it used incorrectly? because technically anything you do intended to manipulate a search engine ranking is against Google’s TOS.

It’s all the same.

So according to Google, all SEO is the same thing.

Black Hat SEO is: The Dark Side of SEO

But seriously have we learned nothing from Star Wars?

It was Anakin Skywalker who turned evil and became Vader … because apparently his idea of a hobby was to go around blowing up planets.

It is the person (or business) using the power for BAD that makes them part of the dark side – not the power itself.

The Dark-side of the force can be used for good too:

So the next logical question would be – why do people even use black hat seo then, if it’s so risky?

Well, the results are super powerful.

So calling something “black hat” or “white hat” is more like a level of severity of a crime – like stealing a stick of gum vs. stealing a car.

Both (thefts) are illegal.

Both (forms of SEO) are against Googles Terms of Service.

But we SEO’s (excluding myself) like our distinctions, and it is true that some things in SEO are being watched with more scrutiny than others.

For example, using PBNs to rank a website is normally considered a “black hat seo technique”, but if you can do it right it is extremely powerful.

And one last final rant on why I don’t like the term Black Hat SEO or White Hat SEO is because of where the names come from.

But in SEO the “techniques” or “tactics” you use have nothing to do with good & evil.

And none of the people talking about Black Hat SEO or White Hat SEO even mention good v. evil – it’s irrelevant!

So, in my opinion it’s just one big giant poop of a misnomer for the reasons we discussed (but I’ll summarize them for you again anywhere because who doesn’t love a nice little summary section?

And let’s be honest – most of ya’ll prolly be skimming this article like:

I promise that was the last poop emoji I am going to use in this post.

Should I Avoid Black Hat SEO?

So, if you look at other people’s definitions of black hat seo, they actually include the words “avoid” in their definitions quite frequently.

Here are some examples:

For a beginner that is probably sound advice.

And by no means are we telling you to throw caution to the wind and start doing the riskier things – we just want you to be informed (and make a public service announcement to the world) that black hat does not equal bad.

It is all about levels of risk.

How risky do you want to be in your business?

Maybe in the beginning it’s okay to be more risky, and then as you progress you pull back?

Maybe you have complete control over what you are doing and it’s not risky for you.

For example, should you drive a car over 100mph?

Most people would say “no way thats too risky!”

It’s all relative. It’s all about capability & risk tolerance.

NASCAR is just one example of humans doing things that are normally considered “too risky” and having huge success with it.

Anyways – back to SEO.

If your website is still new it doesn’t matter much if you get penalized because you can just start a new one.

2. You could easily make a new website if yours was penalized

For example, let’s say that your website does not represent a brick and mortar brand.

Your business relies on organic search rankings to drive sales, you have no real “brand”, and you built all your own links. If your domain is penalized you can try to recover it – or just start a new site and re-use all the content.

Swap out your network links to the new one, and boom you’re good to go.

Yes, its still expensive and a P.I.T.A, but doing some black hat magic to shoot up the SERPs for highly competitive (and high paying offers) is worth the risk. This was pretty prevalent in emerging industries like Garcinia Cambogia, nootropics, etc.

3. Your industry is rife with black hat tactics

Some industries, if you want to compete you gotta fight fire with fire. It’s that simple.

In my opinion, these guys are the true rockstars of SEO. And I don’t personally even know many of them. They stay hidden, and reel in the dough.

If you are one of these people I would love to meet you, so please contact me.

4. Your plan is to make money online with ‘churn and burn’

If you know straight out the gate that you can spin up a giant website, rank for a bunch of easy terms, and bring in traffic to monetize with Adsense, or some other kind of offer fully expecting that its gonna get burned then of course you will want to Black hat as much as possible.

This business model relies around SPEED.

I see these types of sites alot around PPV events.

They use “parasite SEO” to piggyback on the trust and authority of bigger websites like reddit & twitter to capture people looking to illegally stream PPV events. And then make money off all the traffic because of Google Adsense, collecting emails, etc.

5. You use them in moderation

One of the primary tenets of good SEO is doing things “naturally”. Try to make everything you do look natural.

If you are mostly engaging in the less risky tactics, one or two Black Hat power moves are probably gonna going to get you the Google slap.

6. You know how to recover websites from penalties

We like trying out new SEO tactics on our website before recommending them, or using them on client projects.

For the most part we stay away from “Black Hat” SEO tactics entirely for our clients, but like I have been saying throughout this article – pretty much everything is a no-no in Google’s eyes, so we try things out on our site first!

Has it gotten us into trouble before? Actually no.

We do things carefully. But we also offer penalty recovery services, so if something were to happen to our site it would only be more practice.

We have dealt extensively with penalized websites and we know how to bring them back from the dead.

7. You are doing SEO outside of the USA

Yes, this is a thing.

The Google algorithm for other countries is just simply not as evolved as it is in the aforementioned places.

In some cases, it is even a couple YEARS behind – so old black hat tricks from the USA can work like gangbusters in South America and some other places where the algo isn’t quite as intense.

Why am I doing this? Because I want to continue to illustrate how ridiculous this is.

Some of these methods are NOT AT ALL Black hat. Some are.

Now to be honest, we don’t do a whole lot of Black Hat SEO anymore.

And most of these tools are kind of trash, so use them at your own peril (waste of money & potential harm to your site)

However we wanted to give you all the information needed to help you learn about Black Hat SEO, so here they are:

To be honest, there are alot more of these but I don’t think I want to continue to promote them.

So I’m gonna end it here.

Whether you classify what you do as Black Hat SEO, or White Hat SEO – the important part is to do SEO that works and fits within your business goals.

Here at SERP Co., we do what works. And we suggest you follow our lead if you want to get the same kind of awesome results that we get for ourselves and our clients.

Keep following along with SERP University to learn more, and don’t forget to connect with us on our other social platforms. We put out different kinds of value on each one, and provide a ton of free value all the time.

Connect with us here. 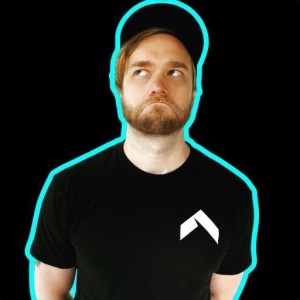 Devin is one of the world's top search engine optimization experts, and the Founder of SERP Co.