What Is Image Alt-Text?

Image alt-text is an HTML tag that describes an image to search engines.

It’s kind of like a long-tail keyword for images.

But why? What’s the point?

It can also be referred to as the alt attribute, alt description or alt tag.

Here’s a visual example to help you understand.

You can look at the alt-text for any image on the internet — here’s how to do so.

An interface will appear — the HTML of the image will be highlighted — the alt tag (alt=” … “) should be there.

Why Is The Image Alt-Text Important For SEO?

The alt-text is important because search engines cannot see images — they only see the back-end HTML.

The image alt-text (along with other image tags) communicates to search engines what an image is about.

This is important because it can help provide search engines more context to what your webpage is about. This will improve your SEO efforts.

It also helps you rank highly for image searches — these are alternative pathways to your webpage/website.

Some websites rely largely on image searches for website traffic.

Getty Images is a good example.

In fact, they sued Google when they changed its image search interface to encourage piracy of stock images.

Make It Descriptive And Specific

The most important thing is to make sure the image alt-text accurately describes the image.

You need to ensure that it is descriptive, and specific.

Here’s an example — an image of a cat.

The alt-text for this image should be “A black cat eating food.”

If you don’t trust my example, then how about Google?

In its image best practice guide, there are good and bad examples.

A simple, one sentence explanation of what the image is about.

In some instances you can provide much more context to an image — look at this alt-text for a bag of Doritos:

Some images (such as consumer products) will need extended alt text descriptions — things like brand names and product descriptions.

Remember the keys — specific and descriptive — this is the most primary best practice to follow.

Takeaway: Make sure your image alt-text is descriptive and specific.

You want to make sure that your image alt-texts are relatively short — less than 125 characters.

The tool that does this is called a screen reader.

A screen reader is a computer program that converts images and text into a format visually impaired people can understand.

Screen readers only read up to 125 characters — this is why you need to keep your image alt-text short.

The average word is between 4.5 and 6 characters — according to this calculator 125 characters is 62.5 words.

That’s really quite a lot of words.

In most cases you won’t come close to using 62.5 words.

For instances where you must exceed 125 characters, consider the longdesc tag (more on this later.)

Just like most of the other important HTML tags, you’ll want to put a keyword in your image alt-texts.

Search engines — such as Google — use image alt-texts to better understand images and subsequently entire webpages.

Keywords give them extremely specific context to what your images and webpage is about.

Google even recommends that you use keywords in your image alt-text.

Try not to overuse keywords — as the Google image best practice guide says — use appropriately and in context.

Takeaway: Use a keyword in your image alt-text when it makes sense.

You’ll want to avoid putting too many keywords in your image alt-texts.

This practice of overusing keywords is called “keyword stuffing.”

Keyword stuffing relates to just about every aspect of on-page SEO — too many keywords will negatively affect your search ranking efforts.

There’s really no reason to include more than one keyword, and one that is actually relevant to descibe the image.

It’s common for people to start off their alt-text with the phrases “image of” and “picture of.”

You shouldn’t do this.

Google (and other search engines) already knows that it is an image — that’s what HTML tags do.

Using the phrases “picture of” and “image of” is a waste of your image alt-text.

Now, you won’t hurt your SEO efforts if you do this — it’s just not necessary.

If I were to write the alt text for this image below, the alt-text would be “Dog catching a frisbee at the park.”

Not “Image of a dog catching a frisbee at the park.”

Takeaway: Avoid using the phrases “image of” and “picture of” to start off your image alt-texts.

Use The longdesc Tag When Appropriate

In these instances where you must exceed 125 characters, you should use the longdesc tag.

The longdesc tag is a HTML attribute designed for extremely lengthy descriptions of images.

It works by providing a URL to a separate webpage uniquely created to describe the image extensively.

The longdesc tag can be added to support an alt-text, or just by itself (like the above image.)

The main benefit of the longdesc tag is increased user experience (accessibility) for the visually impaired.

The longdesc tag is used for images that are highly complex, like graphs.

This is an example — imagine how detailed your description would need to be.

You might be wondering what the point of the longdesc tag is, if it doesn’t affect SEO?

Improving user experience for the visually impaired (who are 2-3% of the adult population) can indirectly influence SEO.

More importantly however, is that using longdesc tags can prepare you for the future of search engines.

Search engines — such as Google — over time have become more and more semantic, contextual.

The longdesc tag is the ultimate semantic tool for your images.

Takeaway: Use the longdesc tag to support the alt-text for overly complex images.

The image alt-text is the most important HTML tag for images — it’s kind of like long-tail keyword for them.

The right image alt-texts can bolster your overall webpage SEO and get you ranking on image searches.

To learn more about SEO, continue reading the guides in our learning hub, and join our mastermind community group here: SERP University. 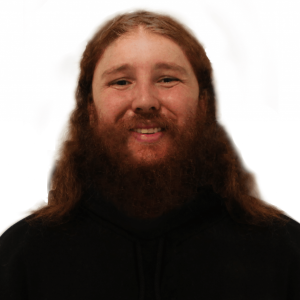 Lars Erik Larson is a B2B Content Writer that helps SaaS companies and Marketing agencies grow. He does this by creating actionable content that ranks well on Google, converts like crazy, and resonates with buyer personas. Lars also acts as one of the expert mentors at SERP University.